7 Ways to Support Ukraine Through Music

In the midst of the ongoing war in Ukraine, artists and labels are offering music and merchandise to help aid humanitarian and other needs within the country.

Here are a number of ways to continue to support the relief efforts and people of Ukraine through music:

Pussy Riot NFTs The female Russian activists and artists Pussy Riot launched their Ukraine DAO NFT program to support Ukraine. The group’s crypto fundraiser raised nearly $3 million for Ukraine in less than 24 hours and has reached nearly $7 million as of press time. The NFTs include 10,000 Ukrainian flag NFTs minuted on the Ethereum blockchain and all proceeds will benefit the Come Back Alive and the NGO Proliska. Additionally, a unique NFT, also of the Ukrainian flag, will be released to allow larger contributors to assist.

Jinjer T-Shirts In partnership with their label Napalm Records, Ukrainian metal band Jinjer have released two new T-Shirt designs—featuring the slogans “We Want Our Home Back” and “Peace to Ukraine”—to raise funds for various charities throughout Ukraine to help with medical and food supplies, water and more. Through the sale of the T-shirts, 100 percent of the proceeds will be given directly to charitable organizations of the band’s choosing.

‘Carpathia’ Film Score All proceeds from the sales of Chuck Johnson’s film score Carpathia, which was originally composed in 2020 for the documentary film The Castle on Red Mountain, set in the foothills of North Carolina, will directly support Doctors Without Borders, who are mobilizing to assist the war-wounded in Ukraine.

Urvakan Compilation Just a day before the invasion of Ukraine by Russia the Urvakan festival, which takes place annually in Yerevan, Armenia, released A Collective Memoir, a compilation of music featuring artists from Ukraine, Russia, Armenia, and Georgia. All proceeds from the sale of the compilation, via Bandcamp, will be split equally between a humanitarian organization in Ukraine and the cultural organization in Artsakh, which works with children of war.

Dark Entries Records Test Pressings U.S. label Dark Entries is donating 100 percent of all sales of label test pressings to the Kharkiv-based organization, Sphere, which supports “women of the region regardless of age, marital status, origin, sexual orientation, religious, political and other beliefs.” 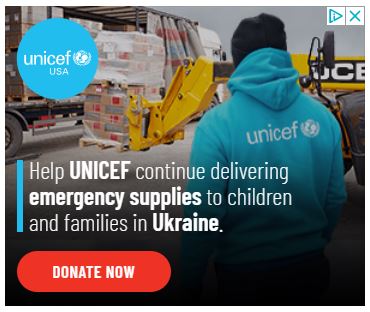 Abstract: Within a framework of Communication for Development in Peacebuilding, this article sheds light on the use of art forms such as puppetry and photography as communication channels among youth affected by conflict and displacement. The study presented here evaluates UNICEF Art for Development...
Contributor:
ValentinaB
24 Likes
0 Comments
Adolescents+2 more topics

📣 Calling all #youth in the #AsiaPacific Region and beyond! Our friends at Youth Co:Lab are hosting the hybrid #YouthCoLab Summit 2022 this summer July 4-7, 2022 🤩 This year's Summit aims to highlight, encourage and celebrate the role of young people in the #DecadeofAction, while showcasing and...
Contributor:
clebowitz
23 Likes
0 Comments
Adolescents

For teenage girls, having access to period products is essential. Without them, they can miss school, be embarrassed and humiliated, and even get health problems. Unfortunately, many girls around the world face what is known as "period poverty." This means they cannot afford to buy period products...
Contributor:
Olivia Miller
27 Likes
0 Comments