The Global Development Commons hosted its second youth webinar. Youth innovators from Brazil, Canada and Jordan shared details on their projects to tackle climate change in their local communities. To learn more about the panelists and their work, read below. 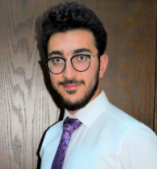 Challenge: The transport sector is by far the largest energy consumer in Jordan, and the second largest contributor to emissions in Amman with 31% of the total GHG emissions in the city, and traffic congestion is the top challenge facing the city. On-road vehicles contribute to the majority of transportation emissions. The number of private vehicles in Amman has increased dramatically, exceeding 1.2 million vehicles and 7.5 million daily internal trips. The growth in vehicular traffic has risen by over 10 percent per year since 2005. This is a result of the absence of a multi-modal transport system, which has formed a less transit-oriented community.

Solution: The lack of a reliable public transportation system in Amman has caused severe congestions as people are preferring to rely on private cars for their daily commute. Rush hours are considered the worst specially among the business zones where most of large corporations are located. Therefore, the solution is based on a carpooling scheme targeting business zones in particular, as matching employees is projected to be easier considering the high chance of similar working hours. The solution also proposes partnerships with governmental entities, as well as sponsorships from large corporations within the targeted business zone.

Impact: Introducing the idea of carpooling in a more systemic way that would allow people to share the cost of traveling from different destinations to their workplaces is a considerable opportunity to reduce traffic, time waste, cost of fuel, cost of parking and the overall running cost of a vehicle. Furthermore, since large proportion of the salary that is being devoted to transportation, carpooling would help reduce costs associated with transportation, particularly for the poor and vulnerable people. On a macro scale, this has a considerable potential to enhance air quality by reducing GHG emissions, which helps mitigating climate change and its negative effects, as well as helping Jordan in its commitment to the Paris Agreement and the 2030 agenda.

Description: On the Island of Montréal, the surrounding waterways are significantly undervalued in terms of their cultural contributions, psychosocial benefits, and potential for mitigating the effects of climate change.  Furthermore, coastal and sensitive wetland ecosystems are currently under a variety of anthropogenic threats such as: industrial pollution, raw sewage dumping, and an increase in development. With these pressures, numerous streams have been buried, the waterways have become polluted, and a large proportion of the urban wetlands have been altered and destroyed. This type of environmental disruption has contributed to major flooding events throughout history, but the most recent floods of 2017 and 2019 were particularly devastating. From a spatial planning perspective, there is significant attention and consideration being devoted to the effects of green spaces on sustainable communities. While some academics will include blue public space in that discourse, within the context of the river island of Montréal, blue public space warrants its own “day in the sun” so to speak. Most of the coastline in Montréal is classified as privately owned residential property or industrial plots, which does not bode well for the creation of blue public space. By defining, designing and delivering blue public recreation space, blue parks could emerge as beacons of sustainable development by directly localizing SDG 11. These spaces could set a precedent but would offer environmental and psychosocial benefits with implications for city branding opportunities. 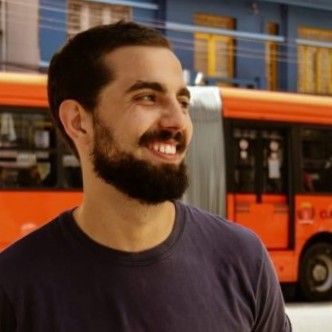 Challenge: With each passing year the impacts of the climate crisis are felt with greater intensity in Brazilian cities, disproportionately affecting the most vulnerable people. While climate action is necessary and urgent since 2018 Brazil has been experiencing a governance gap in the environmental and climate agenda. Despite this, most subnational leaders have not yet internalized the climate agenda in their work at the municipal and state levels.

Solution: To engage future subnational leaders in our country, we have created a free online course on climate change and cities for candidates in municipal elections. The course has in its content basic concepts about the climate crisis and real examples of public policies for climate adaptation and mitigation in Brazilian cities. To access the course, candidates must commit to including the climate agenda in their work if elected.

Impact: The course reached 401 candidatures in the last Brazilian elections, from all regions of the country in 253 different cities. Candidates from 27 of the 33 political parties signed up and 21 of the candidates were elected. These new public leaders now have practical tools to make climate action happen in their cities and communities. Finally, our project won the UNFCCC's TEP-A Youth Policy Case Competition and will be presented to experts from around the world at the next COP in Glasgow.