Roughly 15,000 new cases of cancer are diagnosed annually among American children. Eighty percent of these children ultimately are cured, which is a remarkable medical success story. But in sub-Saharan Africa, where about 100,000 new cases of pediatric cancer occur annually and 90 percent of those children will die, the story is different. It's a story of disparate access to lifesaving care and treatment, and one that — thanks to a new public-private partnership — we are taking action to change.

The Bristol-Myers Squibb (BMS) Foundation's SECURE THE FUTURE® program, Texas Children's Cancer and Hematology Centers and the Baylor College of Medicine International Pediatric AIDS Initiative at Texas Children's Hospital (BIPAI) are committing $100 million over the next five years to launch Global HOPE (Hematology-Oncology Pediatric Excellence). Global HOPE is a comprehensive pediatric hematology-oncology treatment network that will help build long-term capacity in East and southern Africa with the goal of dramatically improving the prognosis of thousands of children with blood disorders and cancer. In partnership with the government of Botswana, the program will build and open a comprehensive children's cancer treatment center in Gaborone, the first of its kind in sub-Saharan Africa, and will establish additional centers and training programs in Uganda and Malawi.

While identifying treatments and cures for non-communicable diseases in sub-Saharan Africa has been a focus of the international public health and philanthropic communities, there has yet to be a comprehensive effort to address pediatric cancer and blood disorders in the region. These are complicated conditions, requiring subspecialty expertise, advanced medical technology and potentially toxic medications. Despite the challenges, however, if we apply the blueprint we've developed for human immunodeficiency virus (HIV) and acquired immune deficiency syndrome (AIDS), we can start saving lives now.

At the turn of the millennium, Africa was considered a lost cause by many in the medical and public health communities. HIV and AIDS had ravaged the continent. New HIV infections, including those involving transmission from mothers to babies, were occurring unabated, and African children and young adults were dying in droves. Across the southern portion of the continent, funeral homes were open 24 hours a day, seven days a week, to accommodate the demand.

Put simply, the region had too few doctors, too little medical infrastructure and the medicines that had transformed the treatment of HIV/AIDS here in the U.S. were no more than a distant dream, causing Botswana's president, Festus Mogae, to remark, “We are threatened with extinction.”

Against that backdrop, the BMS Foundation arrived in the region with the idea that we could do something to find a solution. In short order, the foundation began awarding grants to local and international institutions and organizations interested in pursuing projects aimed at preventing and/or treating HIV/AIDS, as well as in improving the health and quality of life of those afflicted. At first, the projects were more operational in nature — providing nutritional supplements or psychosocial support. But we soon realized that in order to make a real difference, we needed to find a way to administer treatment to sick children in large numbers.

And so the BMS Foundation made a radical and unprecedented commitment: $100 million to fight HIV/AIDS among women and children living in five hard-hit countries in southern Africa, including Botswana. The foundation also made the decision to partner with BIPAI to support public health care infrastructure in the region. In fairly short order, the situation began to change.

With support from the BMS Foundation and the government of Botswana, BIPAI built and opened a state-of-the-art Children's Clinical Center of Excellence on the campus of Princess Marina Hospital in Gaborone to provide care and treatment to HIV-infected children. More than 4,000 children were tested for HIV in the first year alone, and about 1,400 received highly-active antiretroviral therapy, the same kind of medications that were saving the lives of thousands of HIV-infected children and adults here in the U.S. The results were astonishing — plummeting rates of death, complications from disease and hospitalizations. To immense delight, African children were benefiting from state-of-the-art treatment in exactly the same way American children had begun to nearly a decade before.

Today, BIPAI's seven African Children's Clinical Centers of Excellence provide care and treatment to more than 300,000 HIV-infected children and their family members — more than are under care at any other institution in the world. And while there is more to be done, the tide has turned: the numbers of new infections and deaths from HIV in children in many countries across sub-Saharan Africa are down dramatically.

If there is a silver lining to the tragic story of HIV/AIDS in Africa, it's that the blueprint we've developed via a public-private partnership — creating infrastructure, building health professional capacity and scaling models of care delivery — can be applied to the pediatric cancer and blood disorders that are robbing African children of their health and lives. From our experience with HIV/AIDS, we have learned how to forge partnerships and avoid competition and duplication of services. We have learned how to build clinical and laboratory infrastructure effectively. We have learned how to train and support African health professionals. We have learned African mothers and fathers are more than capable of adhering to complex regimens of medications with the same diligence as their American counterparts. In short, we have learned that, by working together, we can do so much better than simply writing off 100,000 young African lives to cancer and blood disorders every year.

As the global health community is coming to understand the burden that non-communicable diseases place on developing countries, we hope it will look more closely at this public-private partnership as an effective model. The success of treating children with HIV/AIDS in sub-Saharan African countries is shining a bright light on what is possible. Just as with HIV/AIDS, we know pediatric cancer will challenge our commitment and compassion for some of the world's least fortunate children and families. But there is no excuse for not pursuing this fight with the same zeal and passion we all hope would be expended on behalf of our own children. We encourage other individuals and organizations to join us in this worthy effort. 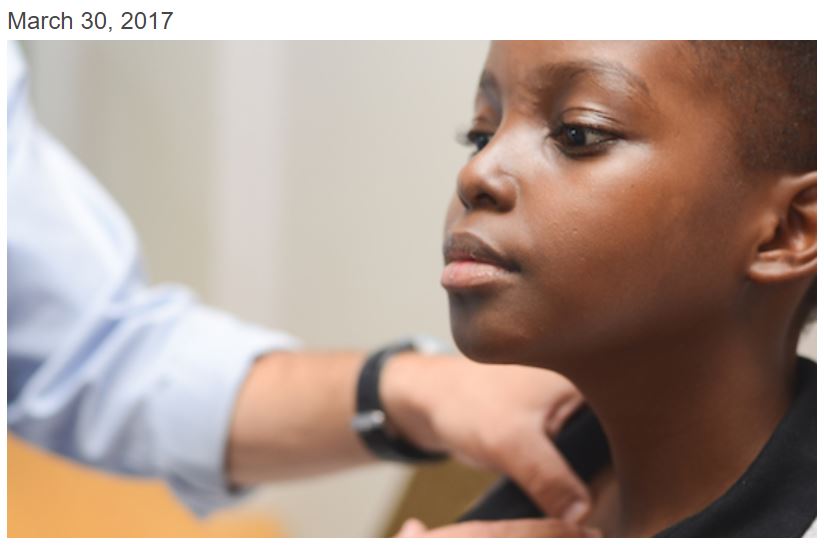 John Damonti is president of the Bristol-Myers Squibb Foundation and led its SECURE THE FUTURE program, which has invested more than $180 million in over two hundred and forty HIV/AIDS programs in twenty-two African countries.

In this blog, Mark W. Kline, M.D. and John Damonti argue that applying the public-private partnership blueprint of HIV/AIDS treatment to pediatric cancer and blood disorders will help save the health and lives of children in Africa.