This blog highlights the progress that has been made in Cambodia to empower women and girls and narrow the gender gap.

Breaking down gender barriers in Cambodia will be difficult, but it’s certainly not impossible. In partnership with UNDP Cambodia and the Swedish Government, the Ministry of Women’s Affairs of Cambodia (MoWA) is spearheading a comprehensive policy project aimed at narrowing the nation’s gender gap. Coined, Leading the Way for Gender Equality (LWGE), program implementation began in 2017 and is on course to wrap up in December 2020.Three project-pillars are setting the foundation for gender equality in Cambodia.

3)    Promotion of women in decision-making roles.

Institutional reforms to promote gender equality will take time, but crucial steps are already propelling the project forward. Working alongside key ministries and development partners, MoWA executed a series of research projects, namely the Cambodia Gender Assessment (CGA) report. The report’s aim it so ensure access to necessary data and evidence required for creating and implementing more gender-responsive policies. For example, information on education and behavioural change, legal protection, violence against women, health, women’s leadership and participation in the public sector, women’s economic empowerment and assistance for disadvantaged groups of women and girls. Using this evidence, consultative workshops were held to draft relevant policies. As a result of such in-depth and collaborative research, the First National Gender Policy is well underway and is scheduled for review and endorsement later this year.

“With support from Sweden and UNDP, we are successfully strengthening gender equality interventions across Government and transforming attitudes and behaviours that perpetuate gender inequality in society. To date, over one million young Cambodians have been reached by the program and we have achieved and maintained a one percent increase in the percentage of female civil servants every year.” - H.E. Dr. Ing Kantha Phavi, Minister of Women’s Affairs, at the Swedish National Day celebration in Phnom Penh on 5th June 2019.

Leveraging the power of social media, the LWGE project has facilitated workshops and seminars to develop the Ministry’s communication strategies. Mostly through empowering employees and developing their communication skill-set, MoWA learned how to utilise mass media to showcase key messages on the importance of gender equality. Examples of such messages highlight the value of women participating in economic and social development and the crucial need to combat violence against women.

Aside from learning how to communicate their message, MoWA also gained some insight in effective marketing tactics. In fact, because of the project, MoWA increased their social media outreach, garnering over 78,000 Facebook followers. Creating innovative and thought-provoking content, MoWA posted a total of 96 articles and videos, sequentially garnering over a million views. The most popular post documented the work of a female Cambodian student who specialises in science, technology, engineering, and mathematics (STEM), and hopes to become a flight engineer. The short interview was shared over 3,000 times and received nearly 150,000 views. High quality documentary content was also shared by UNDP Cambodia and the Embassy of Sweden, as part of an International Women’s Day Campaign.

As the project continues to develop, MoWA is working to enforce the implementation of the media Code of Conduct. The code of conduct will provide resources and training seminars to media outlets on how they can more sensitively and appropriately cover topics from a gender-neutral lens. Moreover, the MoWA is currently in negotiations with local universities to update curriculums to be more gender-balanced, and to implement measures that will promote gender equality. For example, MoWA has worked with two public and two private universities to host youth debates on topics surrounding gender equality.

Empowering women to take a more active leadership role is an important step in narrowing the gender gap in Cambodia. In line with this mandate, LWGE has kick-started stakeholder engagement seminars with men and women in Battambang province. The goal is to help mainstream gender-balance in government by sharing and discussing policy progress, outlining best practices, assessing barriers, and developing key action items. By sharing experiences and gathering data, the MoWA will have the insight required to draft and successfully implement gender-based policies.

Addressing gender inequality from the ground up, LWGE was designed to permeate deeply imbedded gender norms, as a means of providing holistic and palatable solutions for Cambodia. It’s important to remember that promoting social change is a challenge and a long-term process in any country; however, with the right tools and resources, change is not only feasible, but inevitable.

LWGE builds on lessons learned from past development interventions and aims to strengthen national systems and capacities for more effective policy work on gender equality. The MoWA is driving the project, but they do work with other stakeholders—ministries of Education, Youth and Sports; Information; Culture and Fine Arts; and Civil Service—when drafting implementation policies. The Government of Sweden, through the Swedish International Development Cooperation Agency (Sida), has also provided significant financial resources to this project. 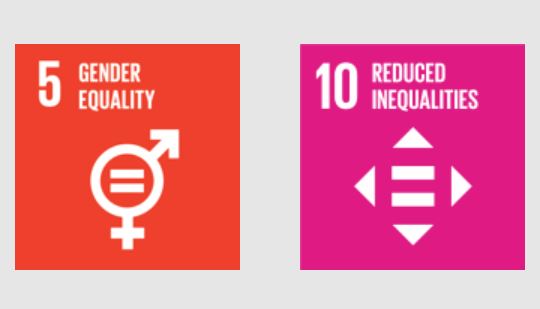 VACCINE EQUITY: How do we get there?

#BOURE2020 Webinar Series: Ending institutionalization and strengthening family and community based care for children in Europe and beyond

In the recent celebration of International Women's Day, UNICEF Global Development Commons we thank you for joining in this discussion on "Gender Equality and Girls' Education during COVID-19", on Tuesday, 23rd March at 9:00 PDT | 12:00 EDT | 16:00 GMT for a 1.5-hour webinar. Watch the video...
Contributor:
clebowitz
13 Likes
3 Comments
Adolescents

How can UNICEF provide more effective and equitable coverage in complex humanitarian emergencies? UNICEF is a key provider of humanitarian assistance globally, with impressive coverage in some of the world’s most challenging locations. This evaluation assesses the organization’s performance in...
Contributor:
clebowitz
8 Likes
0 Comments