One week into conflict in Ukraine, half a million children become refugees 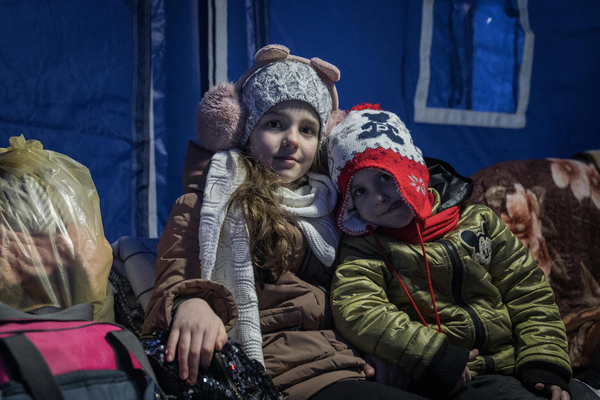 GENEVA, 3 March 2022 – The conflict in Ukraine, now in its second week, is exacting a harrowing toll on children, UNICEF warned today.

Millions of children could be caught up in the violence as the fighting intensifies in and around the country’s major urban centres. Children are especially vulnerable to being injured or killed when weapons and explosive munitions are used in populated areas.

“The use of explosive weapons in cities could quickly turn this crisis into a catastrophe for Ukraine’s children,” said Afshan Khan, UNICEF’s Regional Director for Europe and Central Asia. “There are no armed operations of this scale that do not result in children being harmed. The consequences will be tragic.”

Since 24 February, 17 children have been killed and 30 have been injured. These are only the reports that the United Nations has been able to verify – the true number of child casualties is likely far higher. The conflict has also sparked massive population displacement that could soon constitute one of Europe’s largest refugee crises since the Second World War. Half a million children have already fled Ukraine to neighbouring countries, with the number of refugees continuing to grow.

Hundreds of homes have been damaged or destroyed, and there are reports of schools, orphanages and health centres sustaining heavy damage.

Humanitarian needs across the country are multiplying by the hour. Hundreds of thousands of people are without safe drinking water because of damage to water system infrastructure and many have been cut off from access to other essential services like healthcare. The country is running low on critical medical supplies and has had to halt urgent efforts to curb a polio outbreak.

UNICEF is working with partners to reach vulnerable children and families with essential services including health, education, protection, water and sanitation.

UNICEF is also scaling up its response to meet the urgent needs of children and families crossing into neighbouring countries. These efforts include setting up ‘Blue Dot’ safe spaces along transit routes for children and mothers to access services.    UNICEF is appealing for US$276 million for its programmes inside Ukraine and requires an additional US$73 million to assist children in neighbouring countries.

“UNICEF is on the ground, doing its best to meet children’s basic needs, but the only way out of the tragedy unfolding in Ukraine is for the conflict to end,” said Khan.

Abstract: Within a framework of Communication for Development in Peacebuilding, this article sheds light on the use of art forms such as puppetry and photography as communication channels among youth affected by conflict and displacement. The study presented here evaluates UNICEF Art for Development...
Contributor:
ValentinaB
3 Likes
0 Comments
Adolescents+2 more topics

📣 Calling all #youth in the #AsiaPacific Region and beyond! Our friends at Youth Co:Lab are hosting the hybrid #YouthCoLab Summit 2022 this summer July 4-7, 2022 🤩 This year's Summit aims to highlight, encourage and celebrate the role of young people in the #DecadeofAction, while showcasing and...
Contributor:
clebowitz
7 Likes
0 Comments
Adolescents

For teenage girls, having access to period products is essential. Without them, they can miss school, be embarrassed and humiliated, and even get health problems. Unfortunately, many girls around the world face what is known as "period poverty." This means they cannot afford to buy period products...
Contributor:
Olivia Miller
2 Likes
0 Comments