The Power of Positive Surveying

Most organizations use customer surveys to measure satisfaction, pinpoint areas for improvement, or simply allow disgruntled patrons to vent. The approach is framed by a pessimistic mindset—one focused on problems. “Customers have been conditioned to always look for what’s wrong,” says Sterling Bone, an associate marketing professor at Utah State’s Huntsman School of Business. Indeed, the vast majority of research on customer service deals with “service recovery”—how to react when a customer complains.

During a Bible study course nearly a decade ago, Bone found himself reflecting on the power of gratitude, and he began wondering what would happen if that emotion was incorporated into customer surveys. What if instead of asking customers what had gone wrong, companies asked them what had gone right?

Since then Bone and colleagues have conducted research to explore the idea. They have published seven studies, which together make the case that companies should look at the customer feedback process not only as a chance to listen but also as an opportunity to subtly influence customer perceptions. They consistently found that starting requests for customer feedback by asking for a compliment (such as “What went well during your visit?”) increased reported levels of satisfaction and boosted the chance that customers would purchase again, the amount of money they would spend, and their loyalty over time. Beginning a survey with what the researchers call “open-ended positive solicitations” seems to be an easy, low-cost way to increase satisfaction and spending. “People are happier when they focus on the positive, yet companies rarely give them that chance,” Bone says.

In one of the studies, conducted at a national retail chain, customers who were asked for a compliment at the beginning of a satisfaction survey completed 9% more transactions and spent 8% more with the company over the following year than customers who took the same survey without the request for a compliment. A study at a B2B software firm found that users of trial software who were asked at the start of a survey to describe the features they particularly liked spent 32% more on the firm’s products over the following year than trial users who weren’t asked to do so. In both studies, the customers who were prompted to give compliments also scored higher on traditional satisfaction measures. And being asked to give positive feedback boosted spending even among customers who reported having had poor experiences. “Open-ended positive solicitations may assist in reframing less than stellar customer experiences,” the authors write. 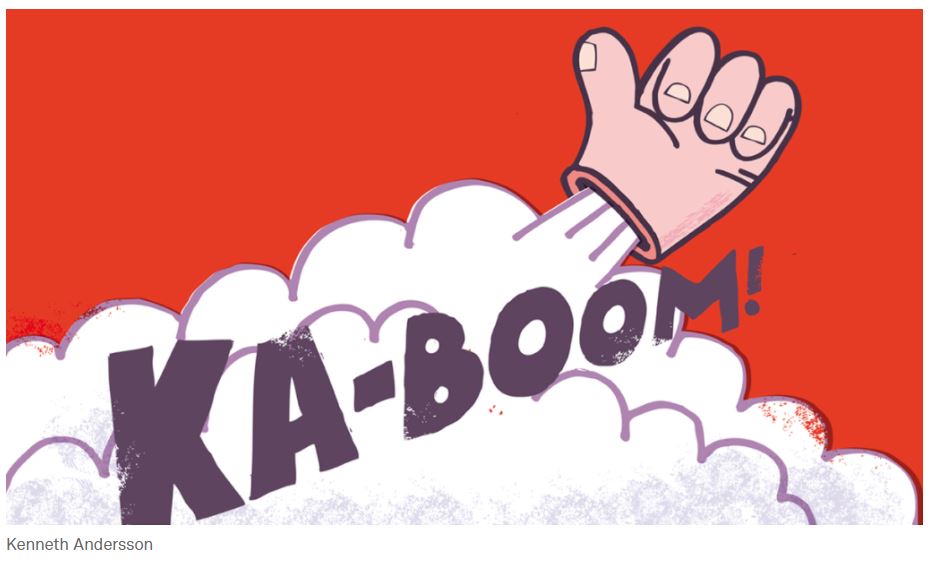 The researchers offer several possible explanations for these results. Psychologists know that memory is malleable, so asking customers to recount positive experiences may make the memories of those experiences more salient and accessible in the future, enhancing customers’ overall perceptions of events. Another psychological effect may be in play as well: Cognitive dissonance, or the discomfort people feel when holding contradictory beliefs, might make customers less apt to think poorly of a brand after having expressed admiration for some aspect of it. “We compliment what we like, and we like what we compliment,” says Hilary Hendricks, a Brigham Young University MBA who assisted with the research.

Is such manipulation ethical? The researchers acknowledge that the concern merits investigation, but they offer several points of reassurance. First, they say, previous research shows that customers rarely see through manipulation. “So it’s likely that customers will perceive managerial solicitations as genuine, if not flattering,” they write. Bone adds that psychological work on the salutary effects of expressing gratitude suggests that being asked for compliments might increase customers’ feeling of well-being. The researchers also argue that companies should see the technique less as a means of manipulating perceptions than as a way of building relationships.

The researchers cite several companies that already solicit compliments as part of voice-of-the-customer programs. Subway posts signs near its registers that read, “How does your sandwich look? Just right! Perfect! Great! Tell me—I want to know!” A faith-based hospital network invites patients to answer the question, “How were you blessed by a hospital employee?” JetBlue’s contact page leads to a link for customers to “share a compliment.” Lonnie Mayne, the president of InMoment—a customer insights company that draws heavily on this research—says that adopters of this tactic find that it creates a virtuous cycle of mutual appreciation between customers and employees. “Customers are not the enemies,” he says. “But if you ask them only for criticism, that’s what your employees will hear and take into the next customer interaction.”

Mayne also argues that companies can use positive responses to improve quality, by shifting the focus from “land mines” (the inevitable complaints) to “gold mines” (areas where the brand is doing well). Nonetheless, warns Kristen DeTienne, a professor at Brigham Young University’s Marriott School of Management and a coauthor of several of the seven studies, more research is needed in order to know whether asking for a compliment after an extremely bad service experience (such as a medical error) or an experience that is highly sensitive or rarely enjoyable is likely to backfire and enrage customers. “We might not want to be asked what elements of a funeral service ‘delighted’ us,” she says.

DeTienne also warns that pushing too hard for positive feedback might be seen as over-the-top. She cites an Ontario-based team at Delta Air Lines that handed out cards reminding passengers “We Strive for Five”—essentially asking for five-out-of-five scores on customer satisfaction surveys. And priming responses may be of particular concern in health care contexts, because patient perceptions of care are often used to help determine federal funding levels. The best companies, DeTienne says, advise employees that efforts to direct customer responses are grounds for immediate termination.

Indeed, the authors say that their biggest concern about their research is that individual managers might use it to inflate their customer satisfaction scores—a metric that often helps determine merit-based compensation. In their studies, asking for a compliment raised Net Promoter Scores (a common loyalty metric) by as much as 15% and boosted purchase intentions by as much as 25%. If some managers are reframing entire surveys to focus on positive experiences, a company could misinterpret a manipulated uptick as an actual improvement in service. The researchers recommend that companies continue to offer their original surveys to a control group of customers so that genuine service trends aren’t obscured.

Finally, the researchers note that for sustained improvement, the benefits gained from soliciting compliments must be coupled with strong service fundamentals. “We don’t think this is going to work well for a poorly run company,” DeTienne says. “This alone will not rescue your failing business.”

About the Research: “Mere Measurement ‘Plus’: How Solicitation of Open-Ended Positive Feedback Influences Customer Purchase Behavior,” by Sterling A. Bone et al. (Journal of Marketing Research, 2016)

A version of this article appeared in the January–February 2017 issue (pp.22–24) of Harvard Business Review.